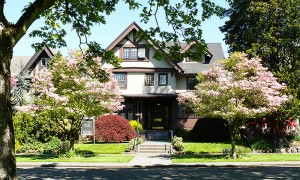 Founded in 1938, the Vedanta Society of Western Washington is a fully accredited branch of the Ramakrishna Order of India which was established by Swami Vivekananda in 1894. This is the first Hindu Temple of the Ramakrishna Math and Mission (as it is known in India) in Washington State. Vedanta, which means the end of the Vedas, speaks of man’s true nature which is divine and of the essential harmony of all religions. These teachings and the Order to which the Society belongs are inspired by the life of Sri Ramakrishna Paramahamsa (1836-1886), the greatest Hindu saint of 19th century India. 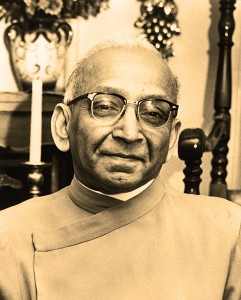 The founder of The Vedanta Society of Western Washington was Swami Vividishananda. After working in several American cities, he came to Seattle in 1938 and founded The Ramakrishna Vedanta Center of Seattle. In 1979 this center changed its name to The Vedanta Society of Western Washington. The building at 2716 Broadway Ave East, which the Society now occupies was purchased in 1942. 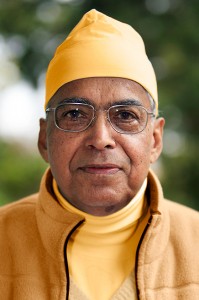 The present Swami in charge of the Vedanta Society of Western Washington is Swami Bhaskarananda who was sent by the Order to assist an aging Swami Vividishananda in 1974. Under Swami Bhaskarananda’s leadership the Society has enjoyed considerable growth, including the purchase and development of a retreat property called Tapovan, and the purchase of Vivekananda House–which serves as the monastic residence–situated across the street from the present Temple in Seattle.

There are about sixteen Vedanta Societies in the United States and Canada, each guided by one or more Swamis of the Ramakrishna Order. Each Center is an autonomous non-profit corporation, financially self supporting but spiritually affiliated with the Ramakrishna Order of India. The word ‘Swami’ means a monk, one who has renounced family and possessions to devote his whole life to the realization of God and the service of humanity. It has always been a tradition in India that religion is most effectively taught by monks and nuns, who are devoting all their time and energy to practicing what they preach.

Aims of the Vedanta Society of Western Washington

The Society owns a beautiful 21 acre property called Tapovan in Snohomish County, 45 miles from Seattle. Every month, for members only, a daylong retreat program consisting of holy readings, devotional songs, and a potluck luncheon is held there.

The Society’s bookshop is open before and after regularly scheduled classes and at other times by appointment.

Viveka Press is the publishing arm of the Society. Among the publications offered by the press are The Essentials of Hinduism; Meditation, Mind and Patanjali’s Yoga; Life in Indian Monasteries and other titles by Swami Bhaskarananda.

Global Vedanta is a quarterly journal also published by Viveka Press. The journal serves the worldwide Vedanta community with articles, book reviews, interviews, and humor on various aspects of Vedanta and the Vedanta movement.

The Society has a lending library for members. It contains a large and highly unique selection of books on various philosophies and religions, including Vedanta. The library is open before and after all lectures; for other times, please call the Society. Suggested reading